Is Your Company Adaptable?

Covid-19 has challenged all of us to adapt to an environment that we probably never thought was possible. But what is true adaptability?

General Stanley McChrystal addressed this topic in the book Team of Teams by recounting how the United States military operation he led in 2003 to combat Al Qaeda struggled in the early stages of the war. As General McChrystal explained, the military has historically been structured in a hierarchical command and control manner built for efficiency. This efficiency led to incredible strengths and made the US military successful in battles against other command and control leaders such as in World War I and II. He compared it to two chess masters going head to head dictating every move of their game pieces.

Al Qaeda presented a totally different challenge. There was no single “head” to take out, and the military found themselves unable to react quickly and effectively enough despite having the best intelligence, most sophisticated equipment and weapons, and extremely well-trained soldiers.

Similarly, when businesses have people or even departments that specialize in certain areas, it can create incredible efficiencies. People know what to do and can get the job done quickly in a high-quality manner. This efficiency often leads to improvements in the bottom-line profit, which is a major defense in the event of a downturn. The problem is many of the practices that are most efficient limit adaptability and the ability to guard against unexpected threats like the one we face today.

Creating a Shared Consciousness
For General McChrystal, the challenge came in trying to coordinate the military’s highly specialized teams like the Navy Seals, Army Ranges and CIA in a way that would allow them to work together to combat an incredibly nimble enemy. Historically, the groups tended to compete and guard their information instead of share and cooperate toward the common goal. This resulted in slow response to challenges and opportunities.

General McChrystal had to break down these walls by fostering an environment of sharing information and open communication with the aim of helping people see the entire picture to understand how the interconnected parts work together. The idea was not to take away specialization of individuals or teams; rather to get them to work together toward a common goal.

In our busy world, things like extra meetings between people, departments or the entire company, can seem like time wasting effort. The same goes with copying others on emails with already overloaded inboxes or cross training overburdened staff. However, as business leaders, it is important for us to remember the wisdom of management guru, Peter Drucker, that we must first be effective, which he defined as “getting the right things done.” If our employees don’t know what the “right” things are, then all the efficiency in the world won’t help.

Empowered Execution
The next step in the war against Al Qaeda was for General McChrystal to shift from the rigid procedures and processes the military is known for to developing the judgment of their people in the field. He did this by having his soldiers make and own their decisions rather than coming to him to sign off. He was always kept informed and had the right to overrule any decision, which he says he rarely ever did.

This process starts first by what author Jim Collins referred to as, “Having the right people on the bus in the right seats.” When you have this, delegation becomes a lot more natural. Ultimately, this allowed the United States to make decisions faster and often more effectively, because the soldiers with the best understanding of the problem were able to determine the best solution.

McCrystal goes on to say, that leaders must focus on fostering their people’s ability to make decisions rather than just making decisions for them. This is an approach he likened to gardening where you help everything around you grow.

Conclusion
As General McChrystal highlighted, being adaptable is more than just having a plan. It is creating a culture and structure where an organization can be effective and responsive no matter what is being thrown at it. When you combine efficiency with true adaptability, it can result in just the type of resilience that is needed to adjust to the unknown like we are in today. Thus, your structure, not your plan, can become your strategy. 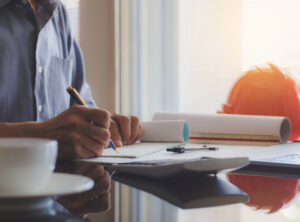 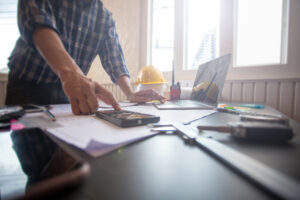