Ego is the Enemy

I just finished reading a fantastic book by Ryan Holiday titled, Ego is the Enemy. Ryan goes into detail about the various ways ego sabotages our efforts, and how it often does so in a subtle and elusive way like water rotting out the foundation of your home.

The book is broken down into three areas where Ryan says that ego is most prominent – when we aspire, gain success, and sometimes fail. I’m going to talk about the first two, because they are particularly relevant in today’s improving construction market.

Aspire
Many of us are taught from an early age that we can be anything we want if we just work hard and put our minds to it, but is that really true? I know it’s not for me. I think I’m a very capable bonding agent, but I could no more be the president of the United States than I could be a professional baseball player. That’s not a lack of confidence on my part, it’s just the truth I know about myself.

A great example used in the book is General Sherman. Sherman wasn’t a career military commander before the war, but he impressed Lincoln who promoted him to brigadier general on August 7, 1861 after the Battle of First Manassas. Sherman accepted the new assignment but asked that Lincoln not promote him to top command, because he knew what his talents were and where he could be most impactful. After the war was over, Sherman never sought public office despite being extremely popular and encouraged to do so.

Bottom line, it’s okay to stay within our capabilities both as individuals and organizations. That doesn’t mean we don’t push our limits but knowing where those limits are is critically important. Warren Buffett refers to that as know your sphere of competency. One of the ways we can establish limits in business is by maintaining certain standards for things like margins and profits. Some contractors want to grow for growth sake not because it makes sense and will result in more profit, but because they think bigger is always better. With more and more work coming out in the market, this line of thinking will be increasingly tempting, and maintaining a standard for margins and profit is a great boundary to prevent this common trap.

Success
When we have any success, the ego can perhaps be most the dangerous. We can start telling ourselves a story, taking all the credit, and convincing ourselves that we can do anything.

As a check against this kind of ego run amuck, my mentor always suggested to me to have people in my life that will be completely honest with me. They can serve as a sounding board to help me think critically and get back on track when needed. For contractors, I always suggest making sure your professional service providers like your bonding agent, CPA or banker are open and honest. Otherwise, they are just “Yes Men or Women” and are not likely to say a word of caution as you drive off a cliff.

While services providers can be a great resource, I am also a big believer in having outside mentors or advisors that are not paid and don’t have any skin in the game. As impartial as one may try to be, it can be difficult when money is a factor.

Conclusion
Construction expert Dr. Thomas Schlefier has studied thousands of contractor failures and concluded that the top reason behind them all is management decisions. Behind those management decisions you can be sure that ego played a role in many if not all in some ways.

So, as we continue riding the economic wave up, we should be more vigilant now than ever as our egos tell us how infallible we are based on our recent success only to tempt us to be yet another statistic in Dr. Schleifer’s research. 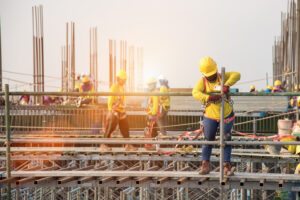 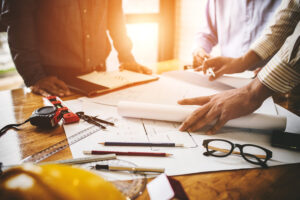 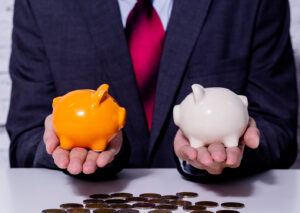